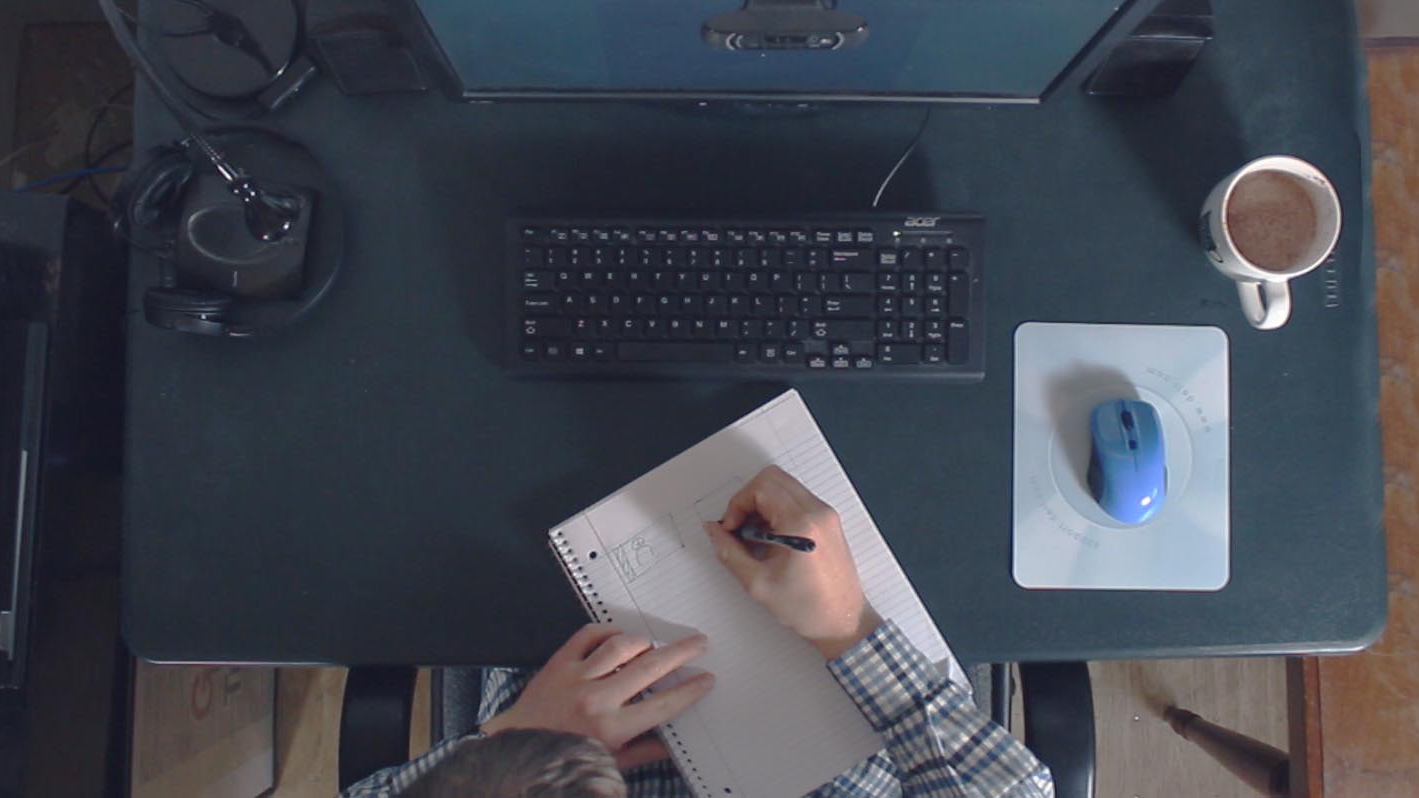 Behind-The-Scenes of the 2015 Official Production

Can you imagine doing an outdoor wedding, scrapbooking scene, golden hour morning shots, and a wedding reception scene all in three days? Well, that’s what we did for our 2015 academy official production – it was a lot of work, but it was totally worth it!

It all started in January of 2015. We connected with our potential client via a friend, and God opened the doors for us to film at the Pens and Needles Lakeside lodge in Detroit Lakes, MN.

Over the next few months, Andrew worked on crafting the story for the promotional film, and I gave edits on various drafts. As it all started coming together, we knew it’d be a lot to do in 3 days. But we were confident in our team, and couldn’t wait to get on set!

Since this promotional was going to be shot almost like a short film, we knew it would be important to nail down every pre-production detail possible. When you’re working with a dedicated Art Department, they really need to know what you’re going to see in each shot so that they can plan accordingly. One of the things Andrew did was to create an “animatic” using the storyboards, creating a pre-visualization of what the film would look like:

As soon as we had the general story idea laid out, I began contacting potential actors and others to help out with the wedding. Carol Kiemle (our Art Director) worked on getting the rentals and costumes lined up, and of course, we pinned a lot of ideas on Pinterest! Lori Kenney (Logistics Coordinator) planned all the meals and the helpers needed in the kitchen for the big day when we’d have lots of extra people.

As the production got closer, I spent a lot of time figuring out who would play which part, and also spreading the word about the extras needed for the audience. We even got interviewed by the local paper! It took many phone calls and emails to get the actors needed, the haze machine rented, and all the other details put together. I also worked on the hour-by-hour schedule for the entire week.

On top of all the planning and preparing we each did individually, our team also had several Skype meetings, did location scouting together, and also many phone calls and texting to make sure we were all on the same page and to figure all the details.

It was exciting to have Clara Eve Clothier sew all the bridesmaids dresses from scratch, and another friend designed all the flowers. We certainly could NOT have done it without the many amazing people who pitched in to help! 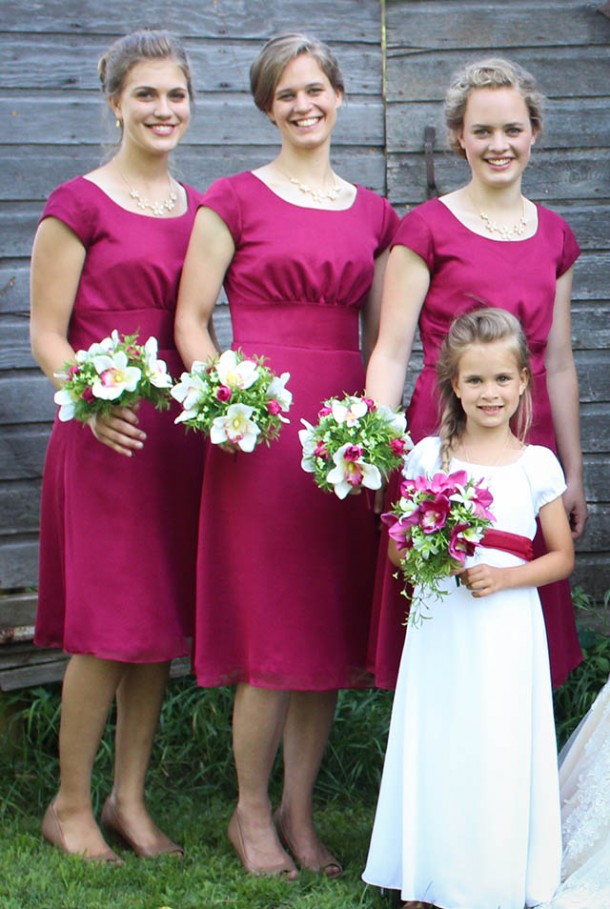 The third day of our academy (which was Wednesday, the first day of the official production) we all woke up bright and early to get a start on the “wedding day.” Hear from Andrew what it was like to wake up that morning to thunder and rain:

Despite the start to the day, praise God things ended up going very smoothly overall! We worked hard all morning to get the actors ready for the day, and also filmed a scene with the bride and her “mother” having a special time together right before the wedding. Meanwhile, the art department was running frantically around getting the outdoor wedding set-up, along with set dec inside, PLUS makeup and hair for everyone! 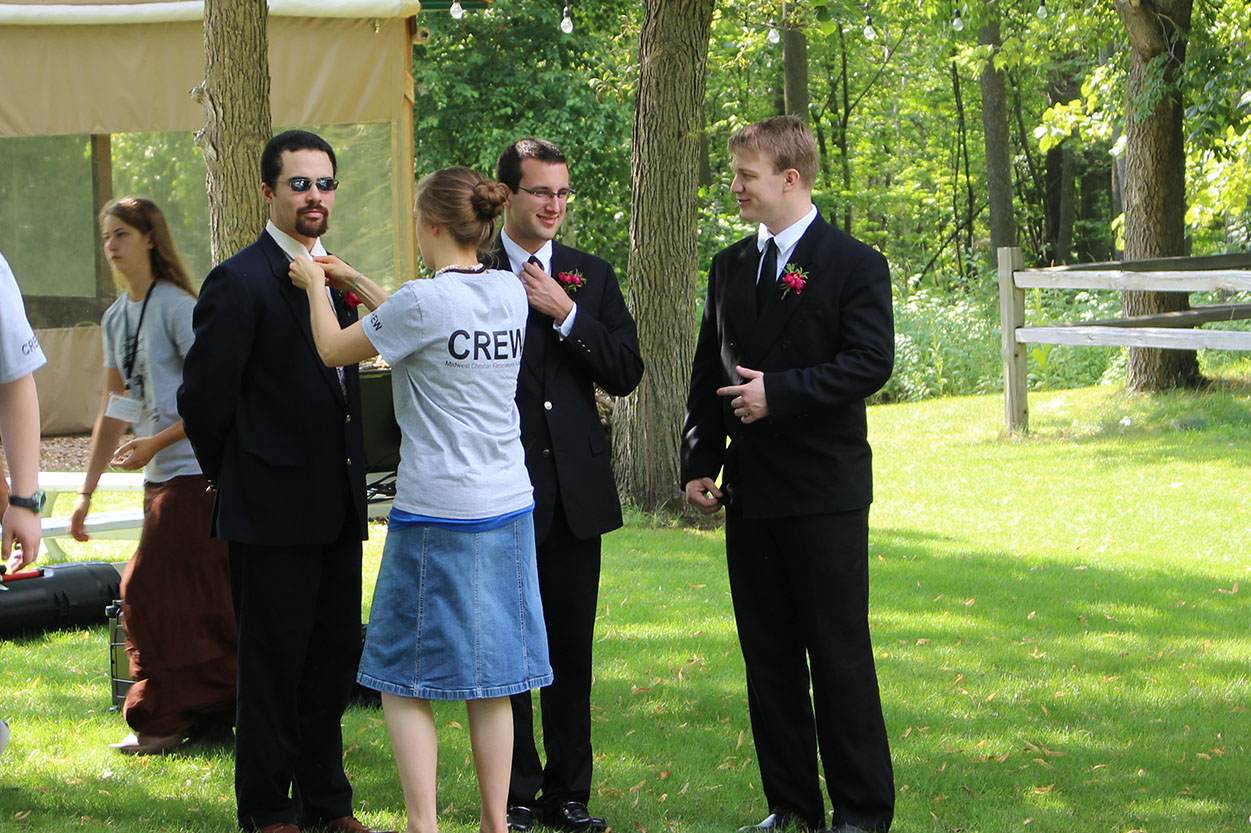 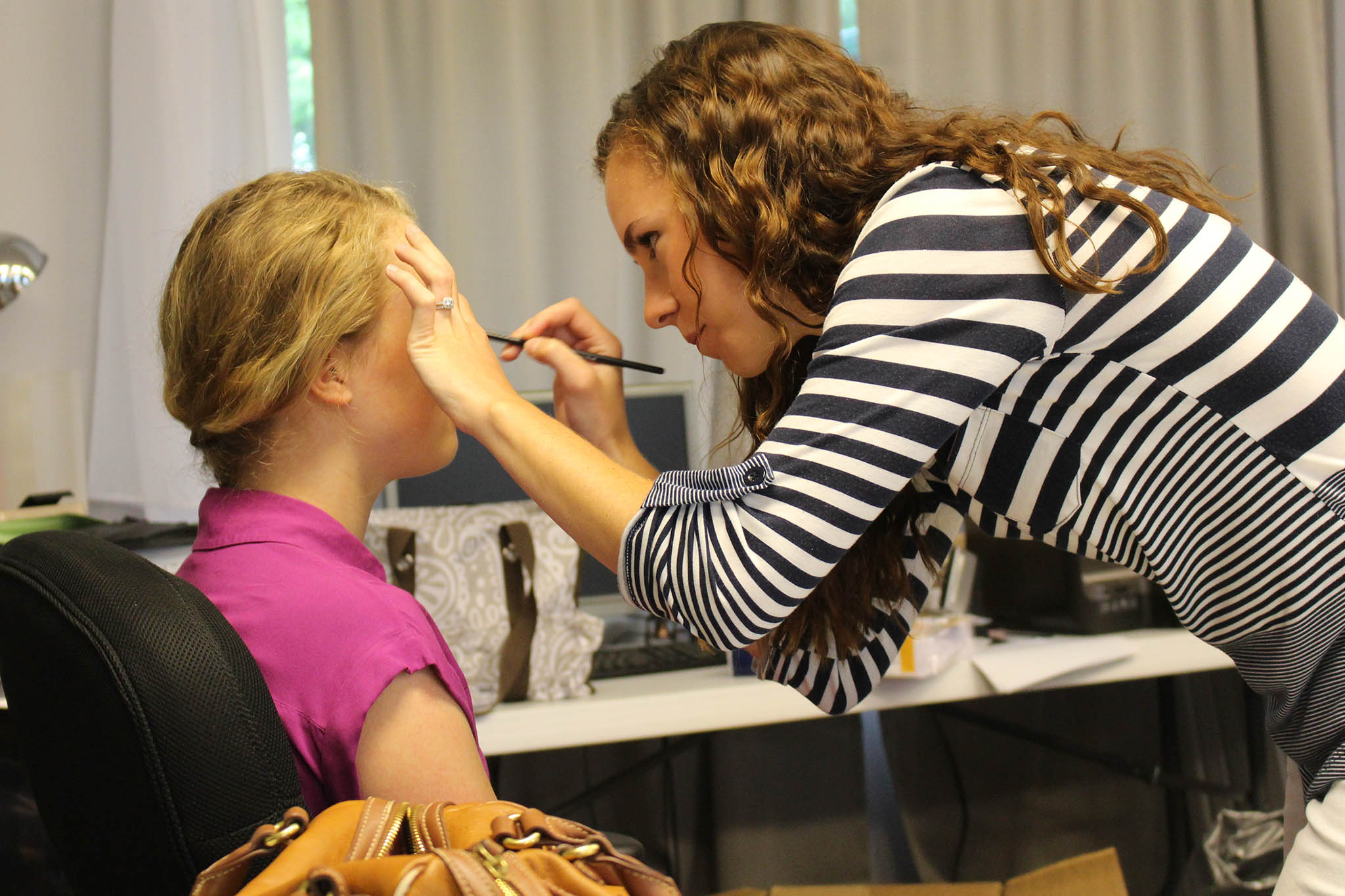 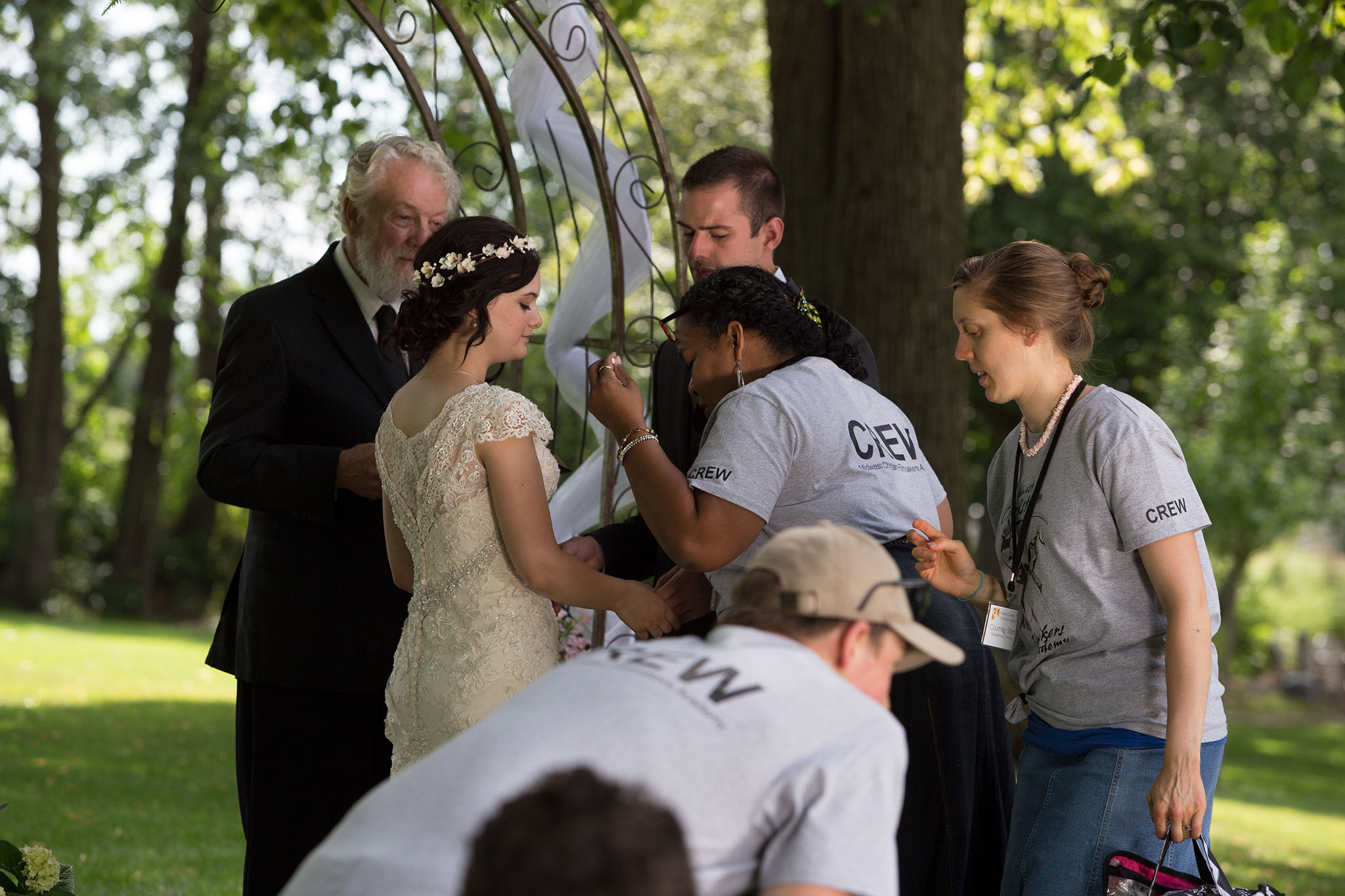 By 3 or 4pm we were outside shooting the wedding, and it was perfect weather. We had 100 chairs set up, but only about 20-25 extras had come. I joked that the only difference between a real wedding and this one was inviting people to come versus begging them to! So, we took down some of the chairs, and moved the extras around as needed for the close-ups. 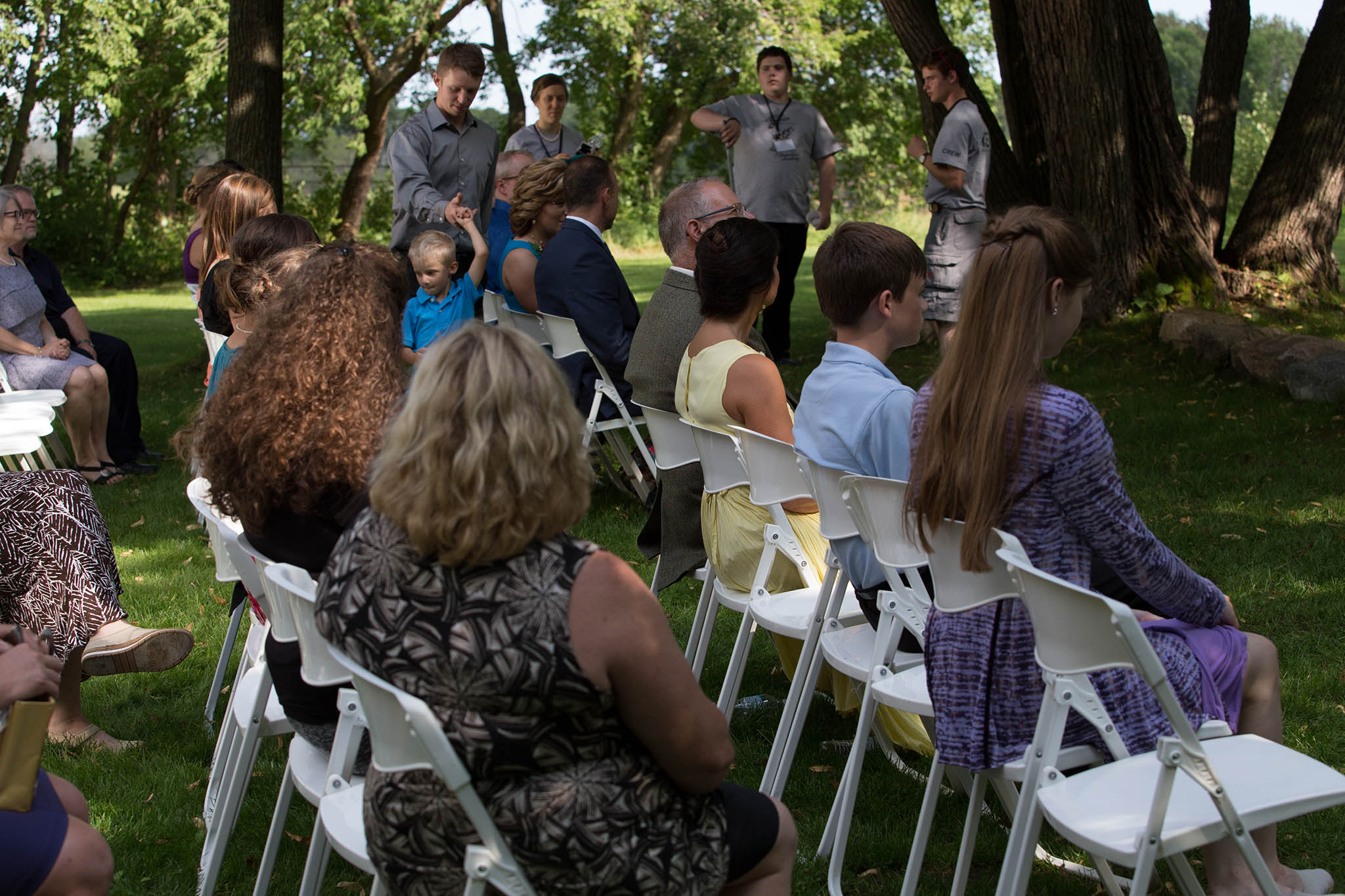 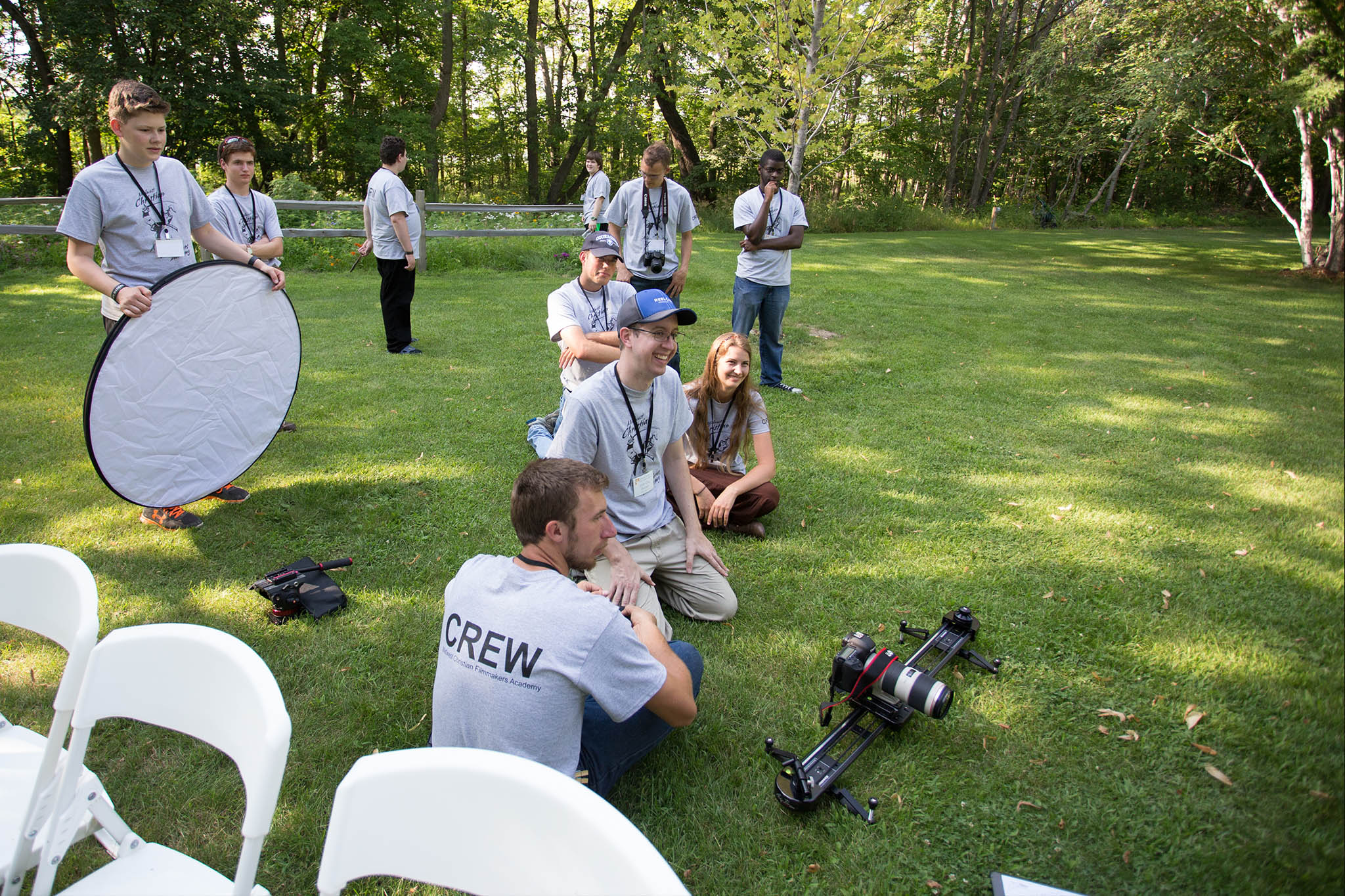 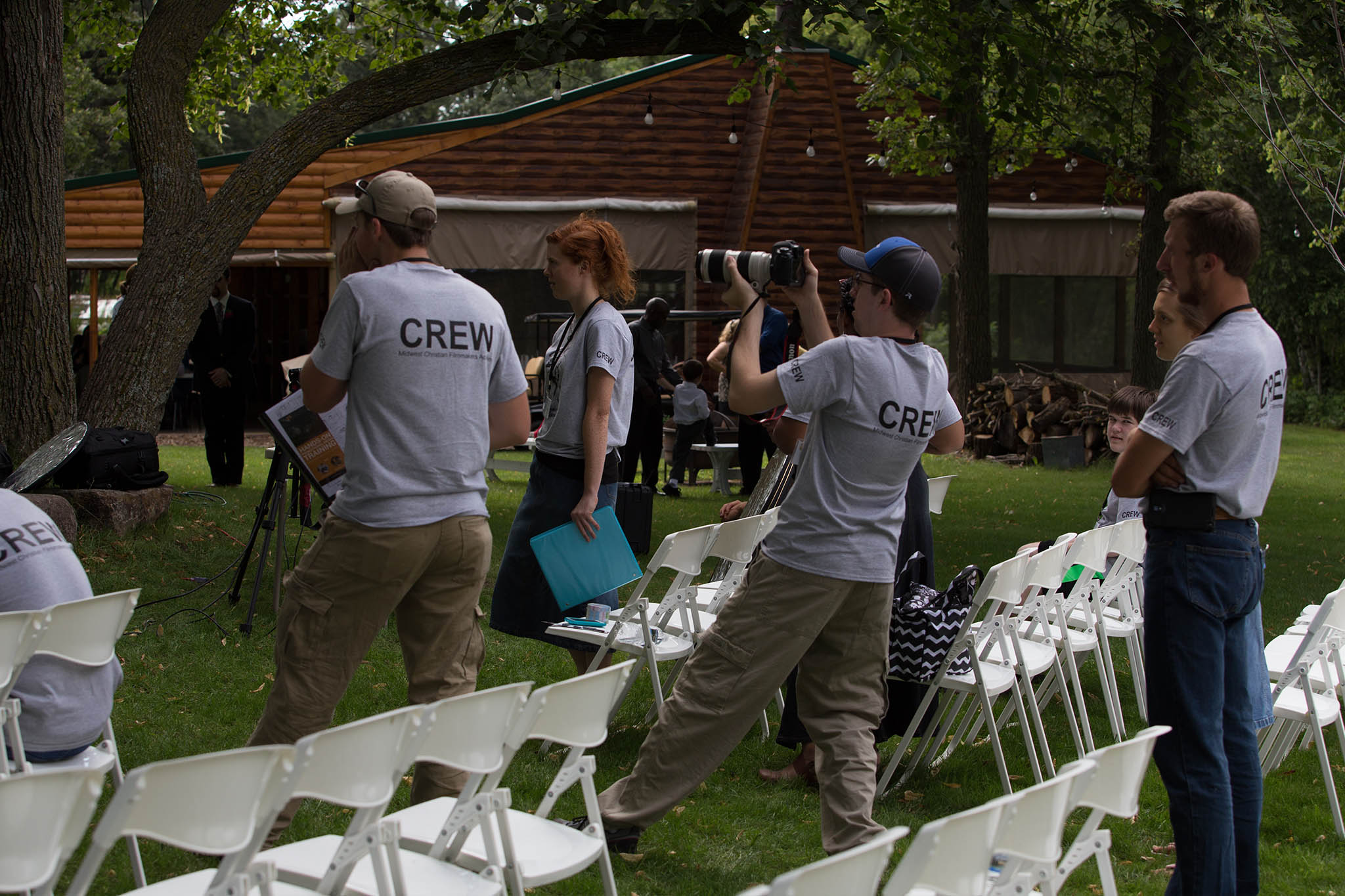 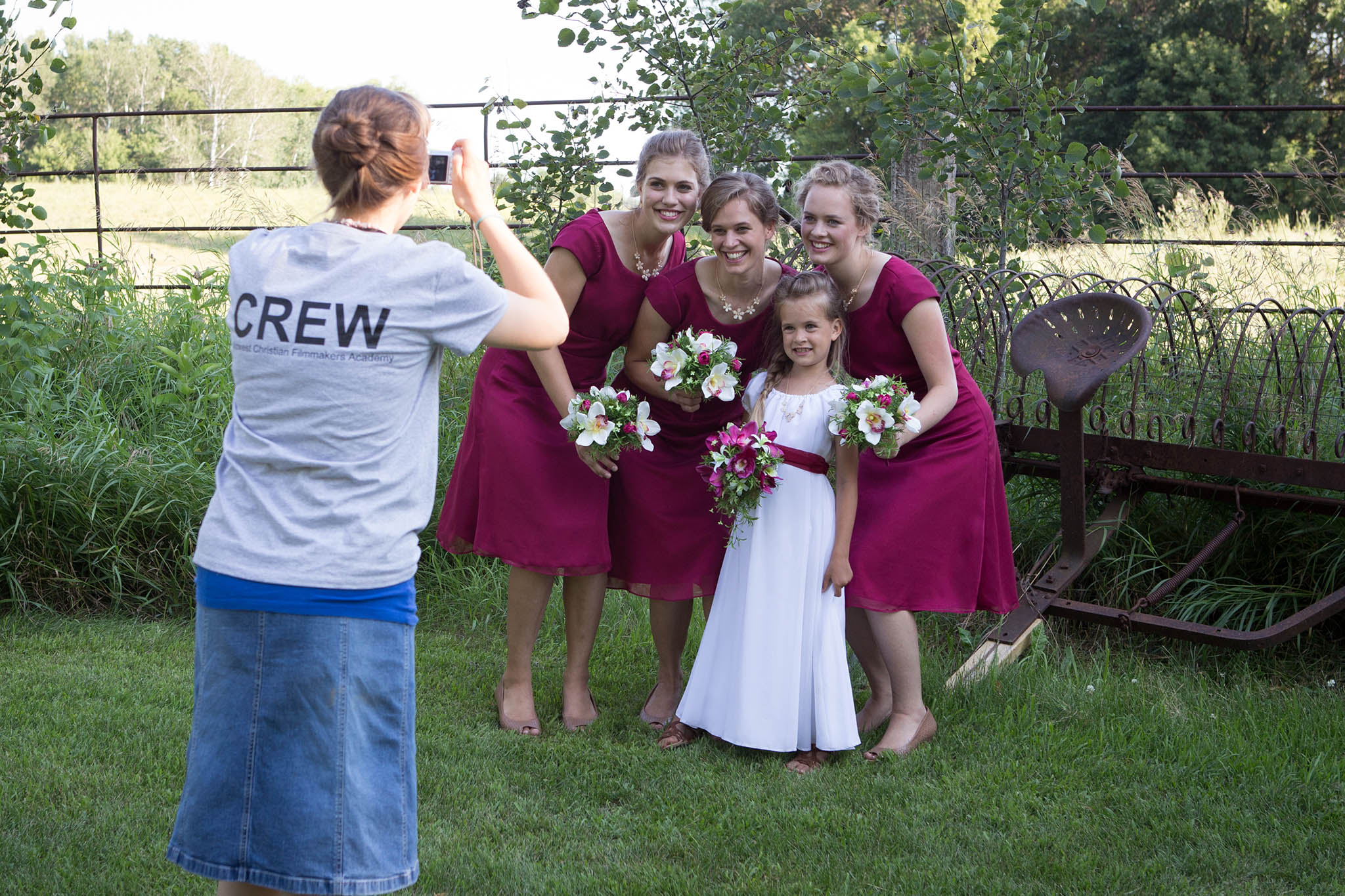 Our mostly-first-time actors were all wonderfully patient and understanding as we set up for each shot and did several takes. We couldn’t have asked for better people to work with! The shots turned out beautifully, and we did a fun photoshoot with the “bridal party” and the “families” afterwards for use in the scrapbooking scene (most of whom had just met each other that day). That evening we also shot the scenes that would later be used as the opening “sunrise” shots.

Thursday we were up at 5:30am to shoot an outdoor golden hour scene. We had that finished by lunch, and then started set-up for our “night” scrapbooking scene that we had to complete that afternoon. With everyone pitching in, and art department scurrying around (again), we got everything completed on time. 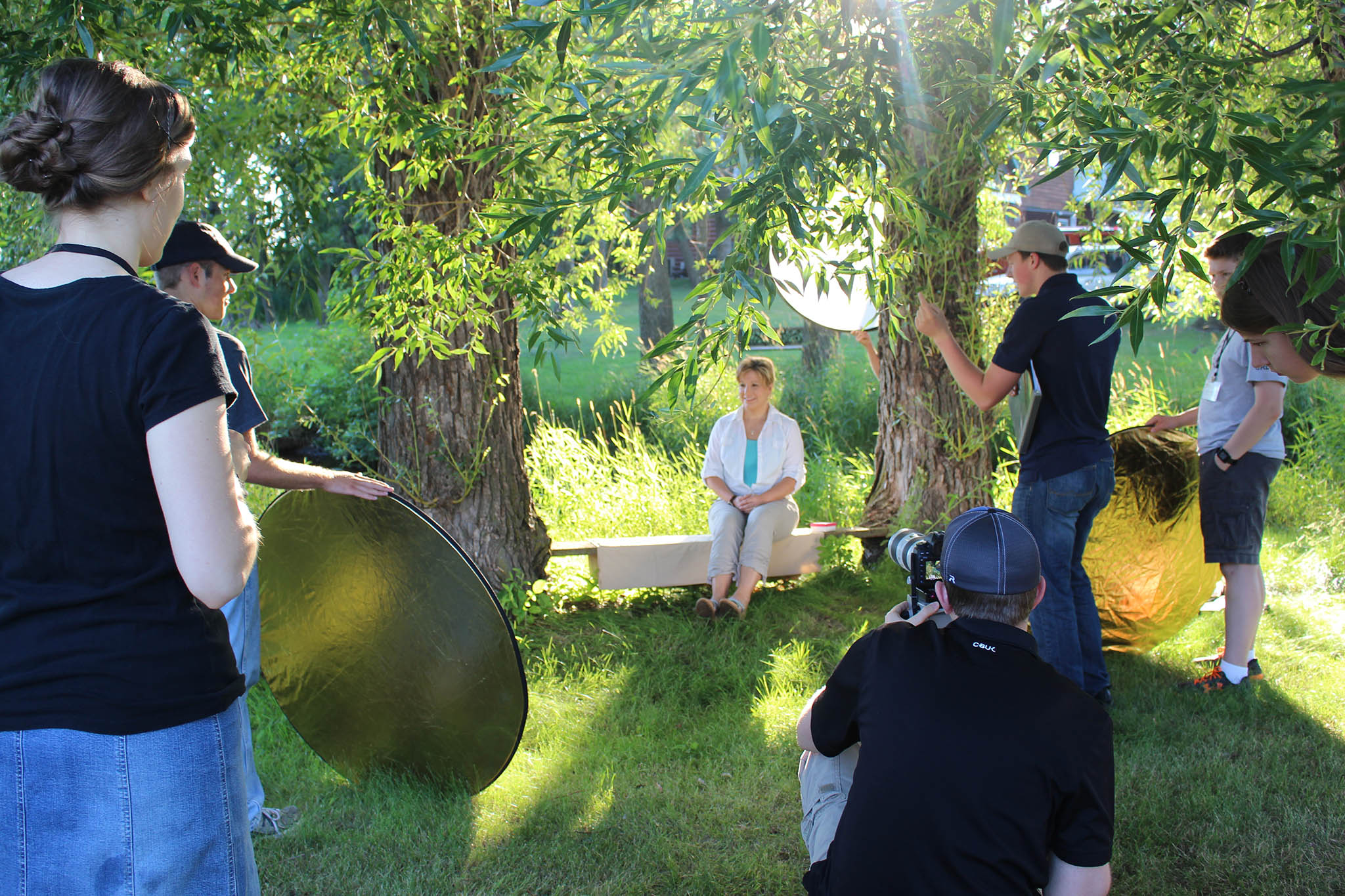 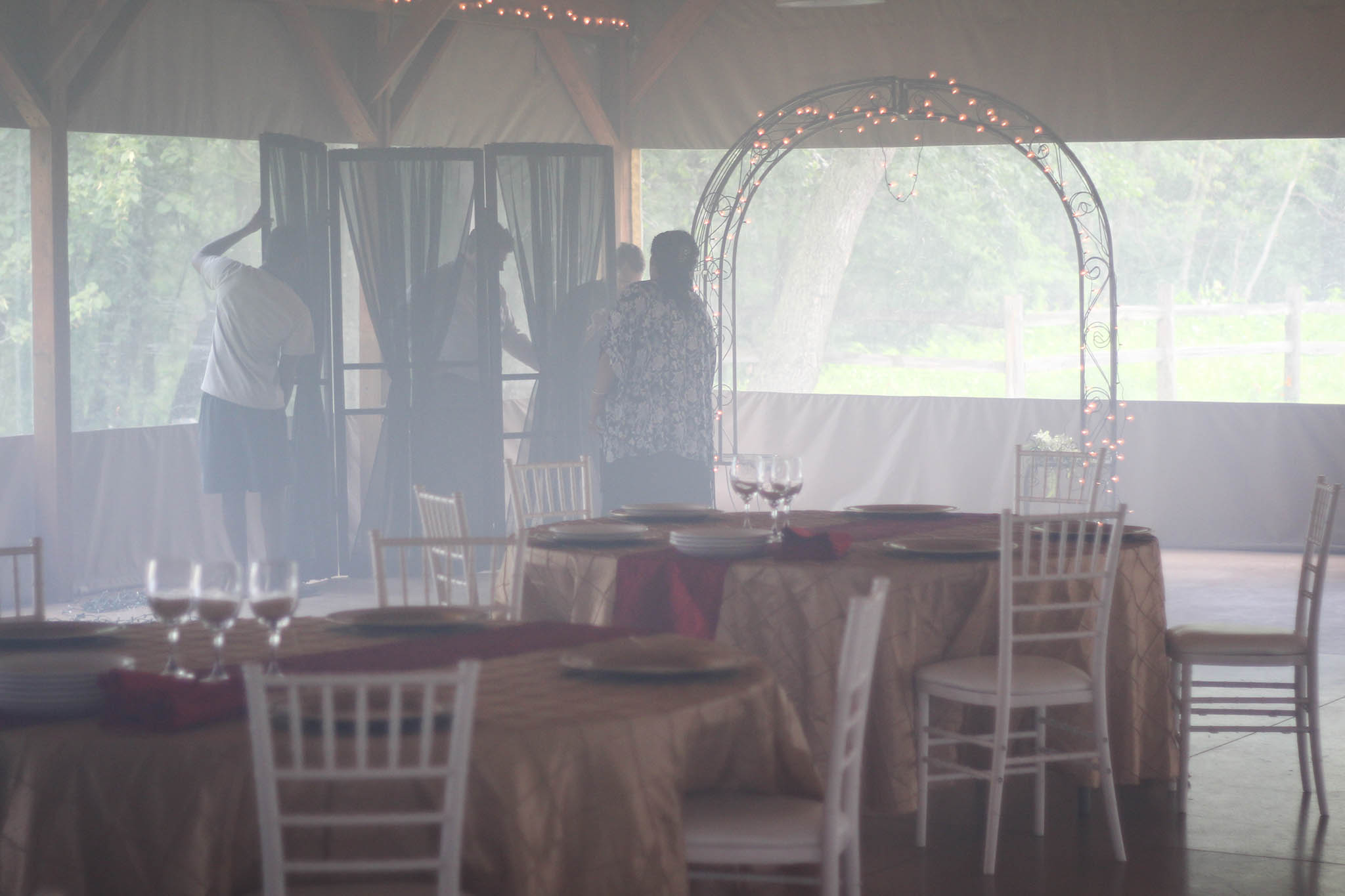 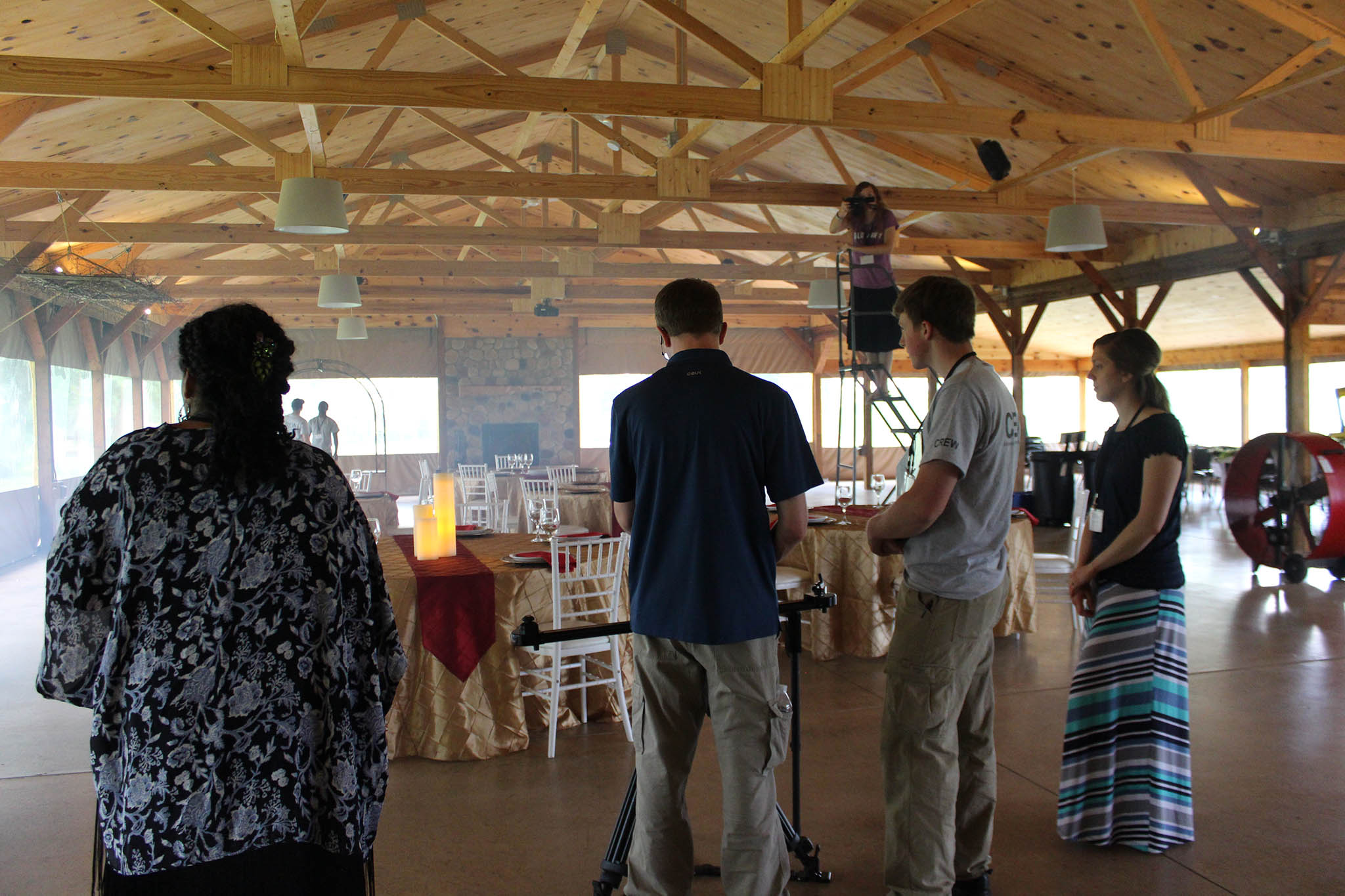 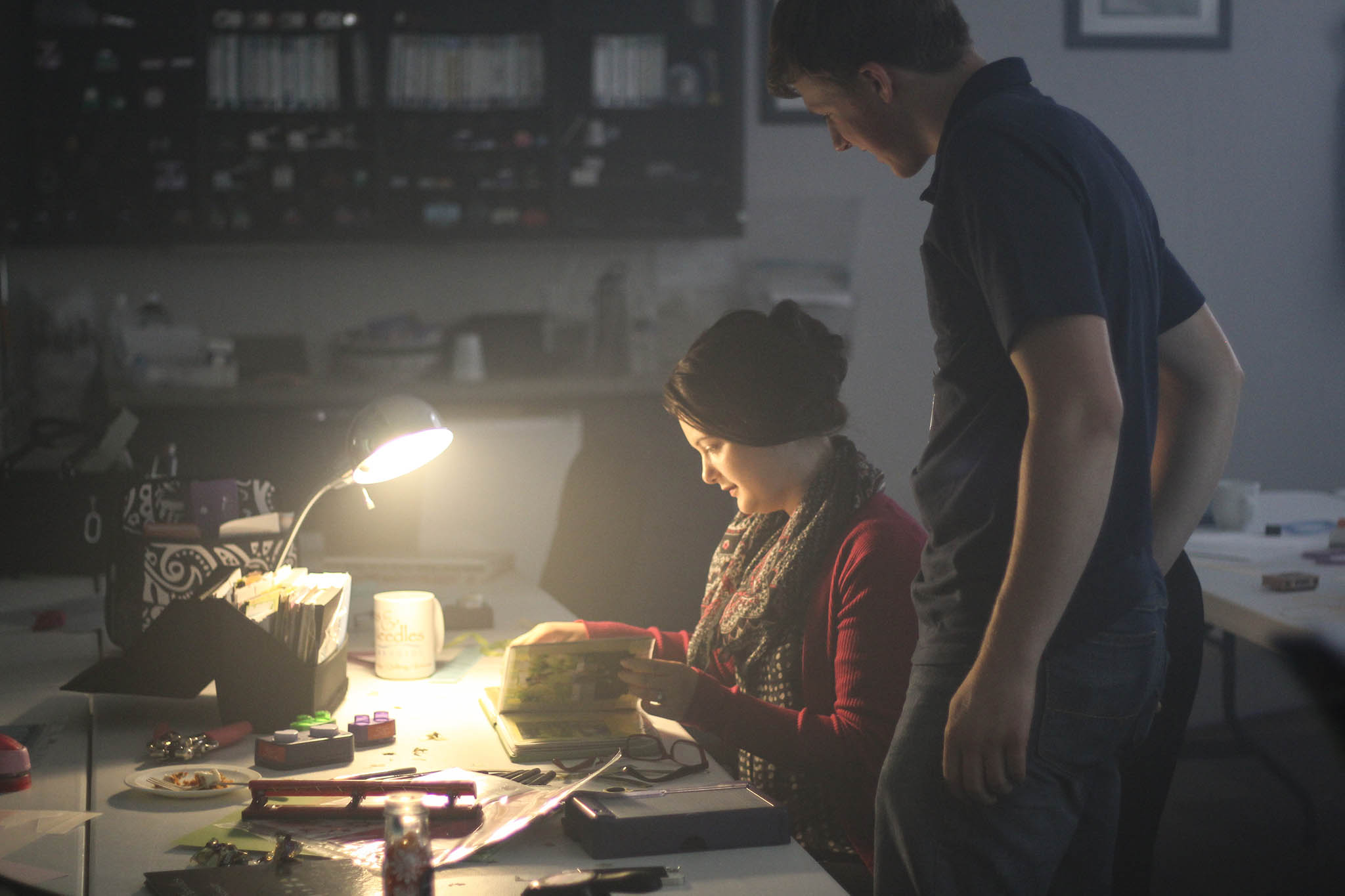 The last production day – Friday – we had just a few things left to accomplish. We started out in the morning with the wedding reception scene, and that afternoon we completed the client interview and all the student interviews. Another full but great day! That evening we had a wrap party, and got the last shot under the stars.

John-Clay and Andrew finished a rough draft of the promo Friday night, and then once the academy ended, Andrew took the footage home with him to finish the final edit.

Once the edit was finished, the next big task was to complete the visual effects. One of the most challenging shots was the wide shot of the wedding since we didn’t have as many extras for the audience as we’d hoped to have. We ended up having to digitally duplicate and extend the audience.

There are a lot of other little VFX shots in the film as well, including replacing the sky and adding the sunrise for the opening shots, removing distracting objects in others, as well as adding the stars to the night sky at the end.

After the VFX came color and sound. We shot the film using 3 different cameras: the Canon c100 for all of the non-slow-motion shots, the 5D MIII for slow motion, and the DJI Phantom 3 for the aerials and some of the tracking shots of the wedding. They all have very different looks to them, so matching them all in post was somewhat of a challenge for Andrew. I think we ended up with a great result though! 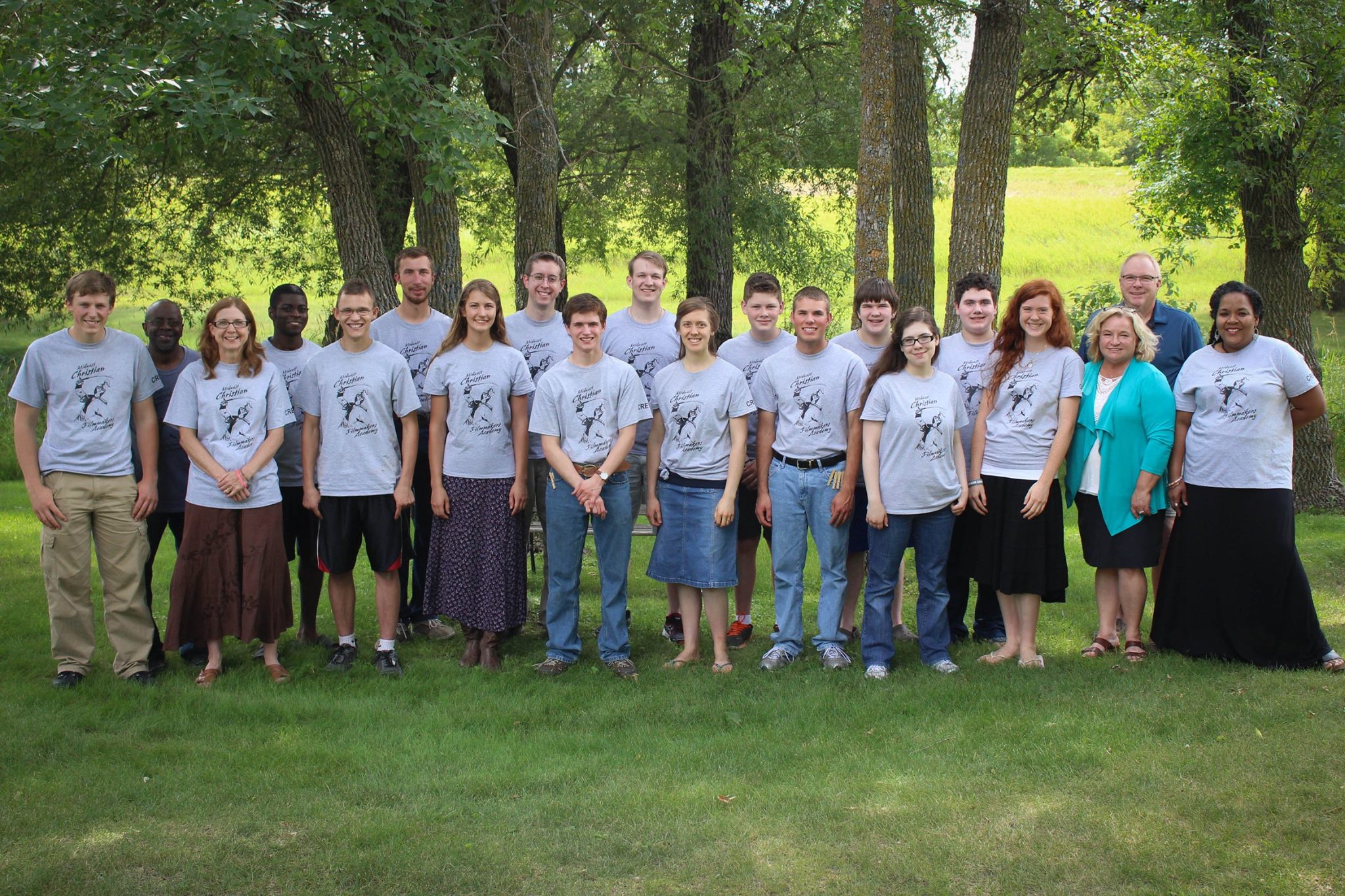 Once the color, sound, and motion graphics were finished, and we had a final review from the client, the film was completed! We entered it into the Christian Worldview Film Festival in November, and are excited to travel down there in the March to learn and connect with other filmmakers.

The 2015 official production was a amazing learning experience for our students as PAs, but also for us as staff and teachers. We are so grateful for how God was at work even in the smallest of details, and we’re already super excited for next year! 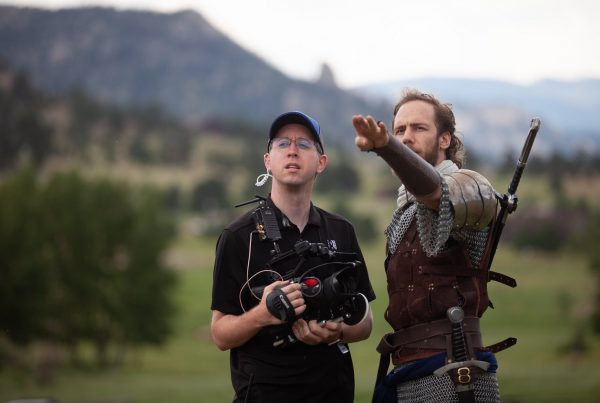 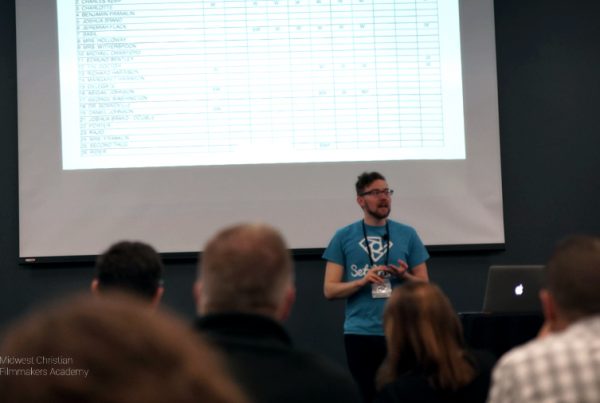 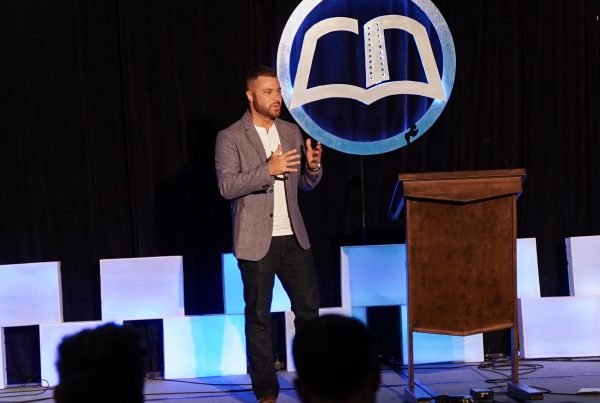