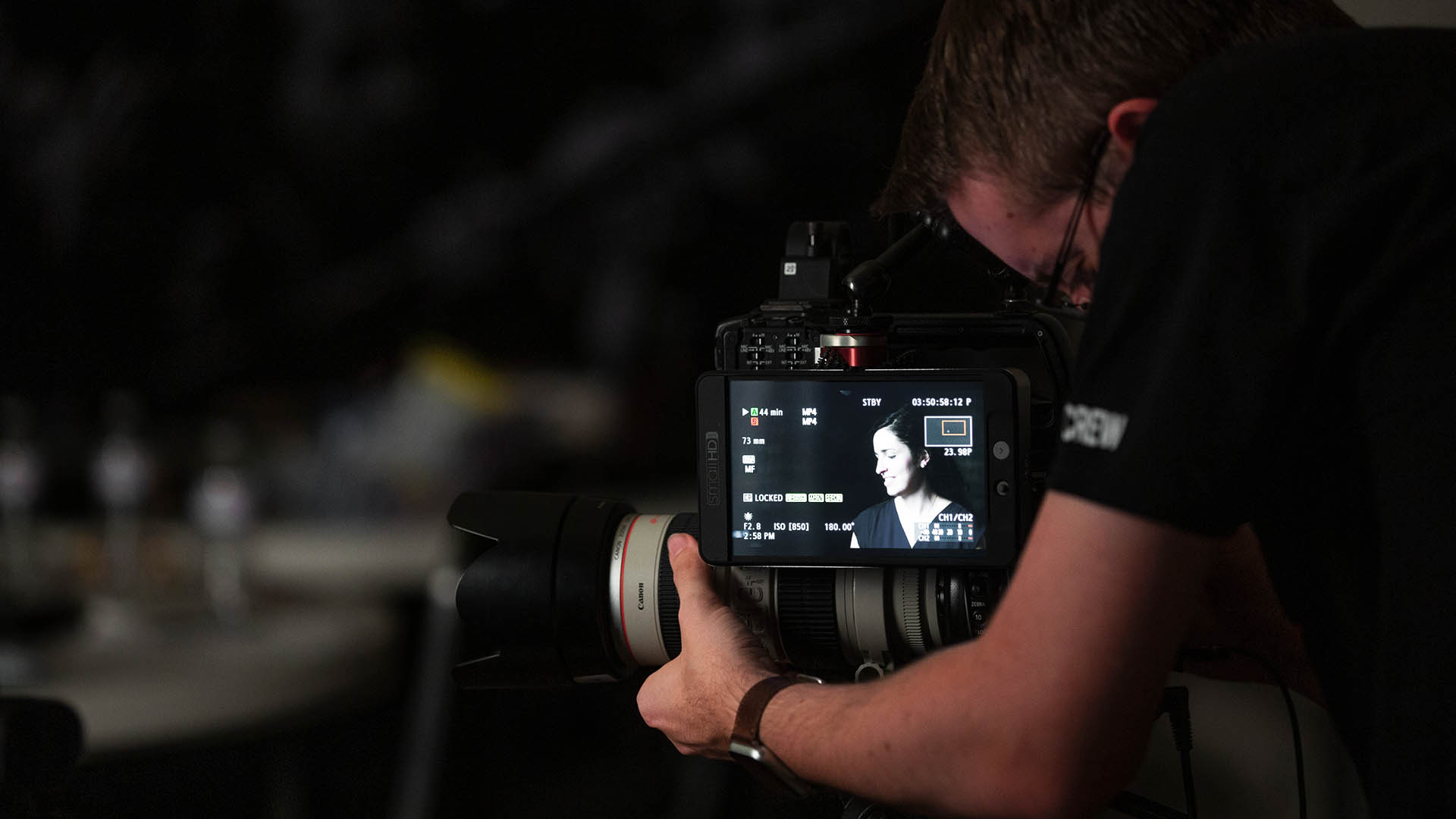 What do you do as a one-man crew when an interviewee shows up early and you’re still prepping lights and camera? How do you break the ice while staying focused, and still look professional? This week we are looking at a question from a student about setting an interviewee at ease while setting up.

STUDENT QUESTION: As a one-man crew, how do you make the interviewee comfortable during setup?

JOHN-CLAY: Try to communicate with the client clearly on time, and that you’re setting up and we’re not ready to ask questions until such and such time for them to show up. That way they understand that showing up early does not buy them extra time, that you’re busy up until that time getting set up. Sometimes the communication upfront can be helpful in eliminating some of those situations. So, we’re going to skip the whole ideal scenario where you have a producer, or an assistant, or somebody that can just kind of keep them distracted, because that is the ideal. We’re not going to keep talking more about that.

Try to communicate with the client clearly on time, and that you're setting up and you're not ready to ask questions until such and such time for them to show up. That way they understand that showing up early does not buy them extra… Click To Tweet

In this scenario it’s just you — and even when I’ve had an assistant, when I’m the one in charge, and in charge of set up — and I have had the client show up, I’ll still have them sit down. It’s hard because I don’t want to chit chat too much about the project, or about the actual topic, so if I do have them sit in, I do talk to them so it’s not uncomfortable, and I just talk about everything in the world but what we should be talking about during the interview. You can go way off and ask, Tell me about this? What else do you like to do? What do you do for hobbies? How’s your family? Where’s your kids. Where’d you move from? What’d you use to do? Like anything but what relates to what’s actually going on. Where are you from? How’d you move there? What’d your dad do?

Just talk to them as people, and they know you’re killing time, and then you don’t have to actually look at them, and you’re just working and setting stuff up. The extra pressure is to not look like you’re freaking out. You have to keep a little bit more of that to yourself and act like you’re doing a good job, even when you’re tweaking and fixing things that don’t look good.

I have people show up even in a normal situation where there’s like 15 minutes ahead of time, and I’ll go ahead and have him sit down and we’re going to tweak some stuff. So, you can just sit here. We’ll have you look here. I’m just going to tweak a few lights. We do this for each person. Just the more nonchalant you look and feel the more at ease they’ll be, and they’ll just sit and wait, because you said 10:00 o’clock. “Yeah, I’ve got about 10 minutes of set up left to do, but we want to tweak it and make it look right just for you. So yeah, well you can sit here,” and then just try to keep it casual. Actually, if you can do that kind of thing it really helps because you’ve broken down a lot of that introductory stuff by the time you sit down and talk. You almost just take that conversation and just keep going with it.

Then, I wouldn’t go back to my questions and start with the awkward introductory question, because I’ve kind of already been doing that. I would just say, “Okay, it’s recording,” and just try to make as little of a thing of it as possible, and just keep talking, and chatting in the same demeanor you have, as long as it’s casual and relaxed. 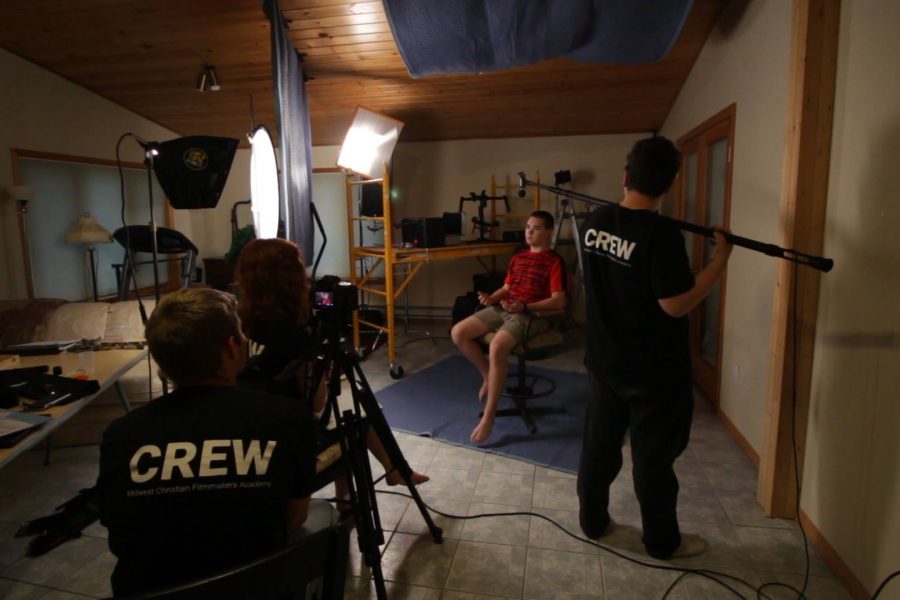 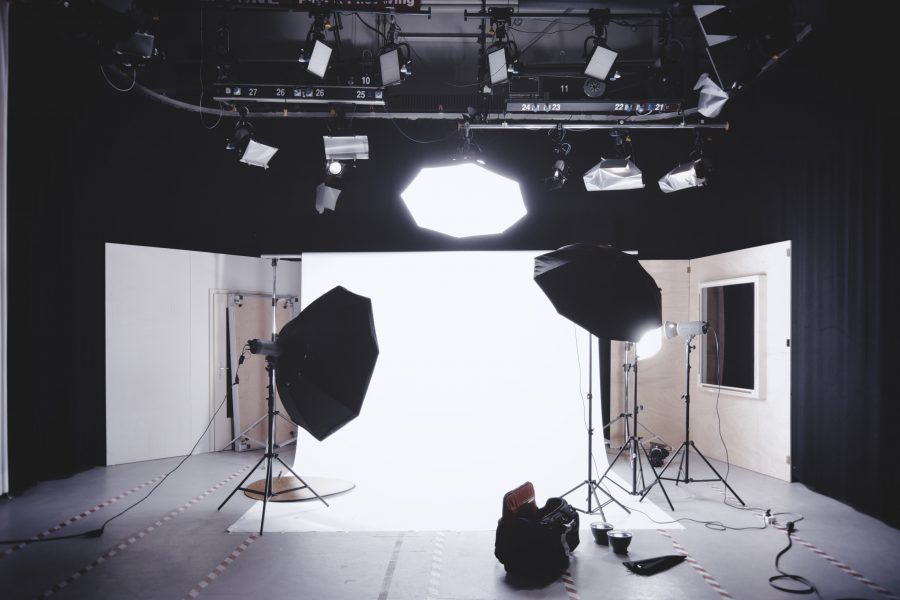